news I we love lichfield

Hawksmoor has celebrated the opening of its new offices with a donation to We Love Lichfield and has announced that The Fund will be its 2016 Charity of Choice.

We Love Lichfield is a local fund that provides small grants to a wide range of projects based in Lichfield District. The fund will consider all applications from local groups in need twice a year.  The fund aims to raise £500,000 in 2016, which would mean up to £25,000 could be given away to community groups and organisations through small grants.

Richard Wain, Managing Director, said "We wanted to support a local organisation from the very start and had heard a lot about the great work We Love Lichfield does. We wanted to be associated with The Fund that is an integral part of the community and makes a difference for many voluntary groups across the District of Lichfield".

Julian Fisher, Donor Advisor to We Love Lichfield said "I'd like to say thanks to Richard and his team for supporting We Love Lichfield and I welcome his company to the area.  We are very excited about another business deciding to support our work and the local benefits it will bring to the District". 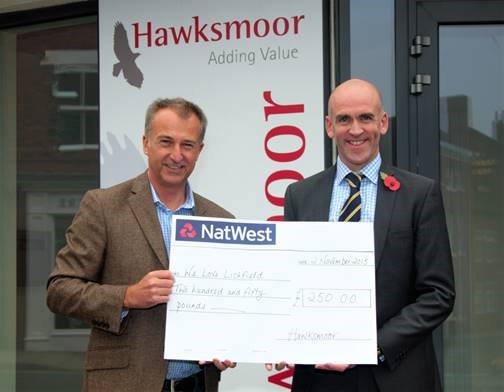